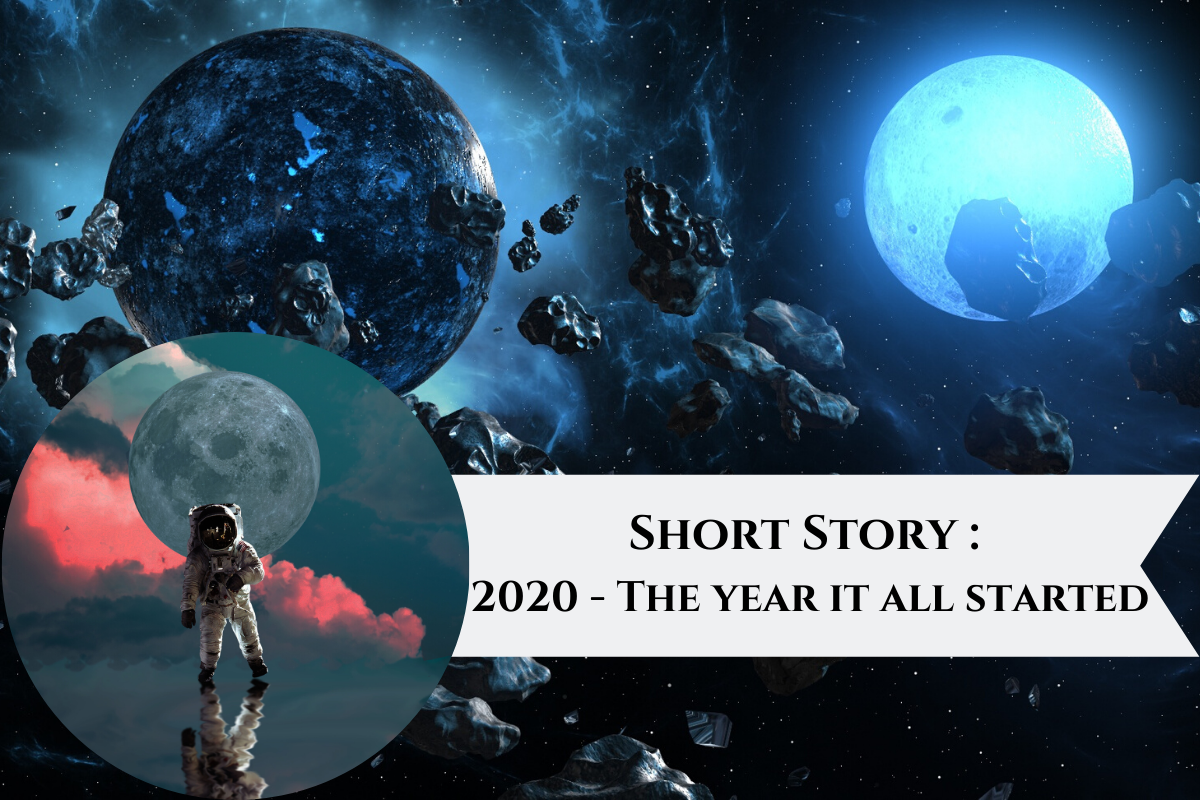 “That happened centuries ago. It’s not fair to decide our fate based on events we had no control over. What’s happening now is relevant. Not what happened so long ago.”

Her voice was echoing in her chamber. Her strained face was giving the impression that she was screaming in frustration. Unfortunately for her, the translators were incapable of understanding human emotions. Her words were translated into various formats and sent to those in charge of deciding her future. And it was not just her future. The decision will either save humanity or doom then forever. Not that they weren’t already doomed.

She had to wait for seven minutes and twenty-seven seconds to receive the reply. This time the reply took even longer. The reply was long and the entire message had to be received and translated before she could view it in video format.

She saw the same figure speaking in front of her. They didn’t have names and never bothered to introduce themselves. Maybe these things were not in their culture. But the message was clear.

“What happened in 2020 is relevant since it proves beyond a doubt that humans are responsible for the current state of their planet and that they knew what they were doing.”

She knew a monotonic monologue was coming up. This was not the first time she was hearing this argument. But maybe this time she can find a way to refute. Maybe this time she will be able to change their minds. She had to listen carefully. She had no other choice.

“The bush fires were a clear indication that climate change was real. Yet all it led to was the extinction of many more species not only in the local region but globally as well.” The voice kept going.

“When the epidemic started, instead of uniting the ‘Humanity’ it created separate quarantine zones where millions died an unnecessary death.”

“The war that started between two ‘Nations’ soon engulfed every ‘Nation’. The nuclear fallout was a direct result of the same war. How is that not relevant in the current situation?”

She knew she had nothing to say. The war and the epidemic killed more than 90% of the population. Those who survived were left with no usable resources. Food, water, air, everything was scarce. Well, she knew all that. After all, that was the only reason she was participating in this council meeting after all. Earth still had not recovered even after several centuries. Humans could no longer survive there. We needed a new home.

She must have contacted over a dozen civilizations in the last month alone. Everyone gave the same reply. They blamed humans for the current state of the planet and didn’t want the same to happen to their world. Humans were not invited.

Before she could think of something to convince the current council to give humans a chance, a new message came. This time it was a voice she was hearing for the first time.

“Is it true that a space army was created by one of those ‘Nations’? The archives did not have much information about that. Were humans really preparing to go on a war with other cultures? But they did not even have proof of alien life back then and neither did they have resources to actually go on the war in space. What were they thinking?”

What were they thinking? If only she knew. Even her own history records did not have much information about the ‘Space Army’. Her ancestors really didn’t make her life any easy. How was she supposed to answer this new question? But she was surprised to receive the next message. It seemed like the council had many people and they were all discussing Humans and they were not necessarily waiting for her reply before sending their questions.

“If we are asking questions in this session then I would like to ask about the concept called ‘Money’. Is it true that ‘Money’ was required to obtain basic sustenance without which humans would die? From my research, I understood that humans needed basic amenities like ‘Food’, ‘Water’, ‘Air’, ‘Shelter’ and ‘Healthcare’ and needed ‘Money’ to access them. What I don’t understand is why the limited resources were not shared equally to increase the survival rate?”

Well, now they got her. They did not understand money. For them they were just ideas they could not understand. She didn’t know how to explain that the rich kept getting richer and the poor kept getting poorer. When death came, money did help some survive a little longer.

This was not going as per her expectations. If she shared her history records to explain the concept of money that might not go in her favour. She still needed them to like humans enough to help them survive. Too bad she could not use all the money she had to buy her survival.

She was dreading to open the next message. She had no answers to the existing questions and she was dreading the new questions which were transmitting now. More questions about how humans killed off so many species. Like their existence was more critical than humans survival. She kept getting more and more questions. Every one of them pointing to a new failure of humans. She had enough. She knew they would never help humans survive but she had no choice but to keep listening to these messages. She could not disconnect as she needed the same channel to contact the next closest civilization. Another failure and another long night for her. Humans had many flaws but they also had hope which was the only thing that kept her going.

I am a thirty something introvert living in a small town somewhere in India with my husband. My love for reading has evolved into a love for writing. In this digital space you will find a glimpse of an overthinking mind in the form of stories and articles.