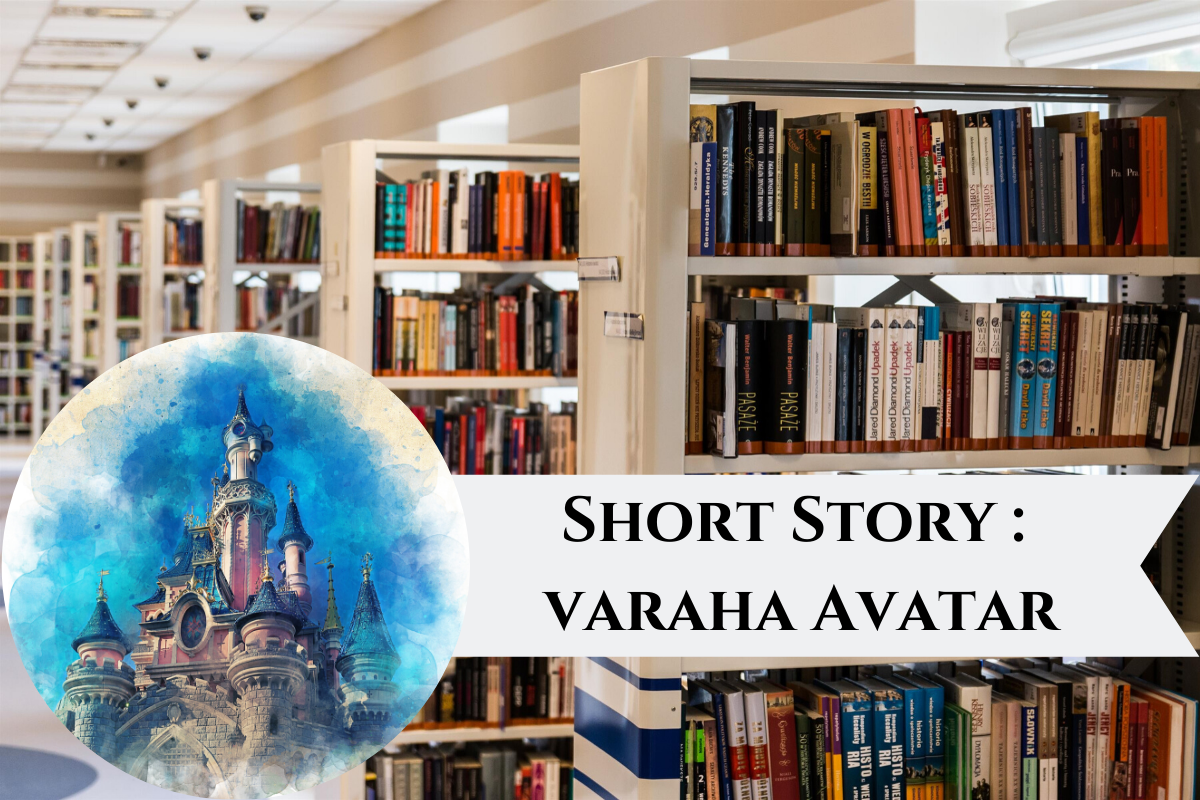 Story of Jaya and Vijaya

Jaya and Vijaya were the gatekeepers for Vaikhuntadham or Lord Vishnu’s home. It was their job to keep unwanted people from entering Vaikunta.

Once there were four sages – Sanaka, Sanandana, Sanatana, and Sanatkumara. They were born out of the mind of Lord Bhrama and were known as the Kumaras. Due to their divine parentage, they were unlike anyone else in this world. They looked like children but had intelligence and wisdom beyond the comprehension of anyone in this world.

Kumaras still insisted that Jaya and Vijaya let Lord Vishnu know about their arrival and ask if Lord will meet with them today. Since the Kumaras looked like young children, Jaya and Vijaya did not think they were important enough to go and disturb their beloved Lord.

Now, this is the point where Jaya and Vijaya made the biggest mistake of their lives. They did not show proper respect to the Kumaras and did not help them.

This angered the sages and they cursed the gatekeepers that they will have to leave their place from Vaikunta and go live like mere mortals. When Vishnu got to know of this, he was sympathetic to his devoted gatekeepers. While he could not undo the curse of the sages, he gave Jaya Vijaya a choice.

Both Jaya and Vijaya did not want to stay away from their beloved lord for a long time. So they chose the option of taking three births in the hopes of coming back sooner.

In their first birth, they were born as Hiranyaksh and Hiranyakshypu. They were Vishnu’s enemy and were killed by Varaha and Narasimha avatars respectively.

Their second birth was as Ravan and Kumbhakaran. They were the main antagonist in the Ramayan. They were ultimately killed by Vishnu’s avatar Ram.

In their third and last birth, they were born as Shishupal and Dantavakra. They were minor characters in Mahabharata and their stories are easily missed in the grand epic. Both were killed by Vishnu’s avatar Krishna. They were one of many villains killed by Krishna.

Hiranyaksha was the first of the three lives of Jaya-Vijaya brothers. In this life, Jaya had forgotten everything about his life as Vaikuntha’s gatekeepers. As Hiranyaksha, all he knew was a life as a powerful Asura who wanted even more power.

Hiranyaksha was a big devotee of Bhramha. He did tapas for a long time and was ultimately able to please Lord Bhrama himself. Lord Bhrama came in front of him and asked what he wanted. He asked for immortality. Then Bhrama told him that he cant grant him immortality and told him to ask for something else.

Hiranyaksha thought for a while and then asked a boon to be indestructible from humans and animals. When Bhrama asked for details in animals, he provided a list of various animals who could no longer harm him. Bhrama granted him this wish knowing that it is effectively making him immortal.

Over time Hiranyaksha started tormenting everyone on Earth. After a point, he decided to steal mother earth herself. So he stole her and hid her in the cosmic sea. This created a lot of chaos.

Seeing this, Lord Vishnu inquired about the boon given by Bhrama and realised that not all animals were included in the list. Lord Vishnu then took the form of a Boar or Varaha and went inside the cosmic sea to go look for Hiranayaksha and rescue mother earth or Bhudevi.

In the cosmic sea, Hiranyaksha challenged the boar to fight him. He was overconfident about his own powers and was sure no animal like bore would be able to defeat him. This turned out to be a big misjudgement on his part. The bore was Lord Vishnu in Varaha avatar and he was able to defeat Hiranyaksha in no time. Varaha impaled Hiranyaksha with his tusks thus killing him instantly.

Then Varaha picked Bhudevi on its tusks and brought her out of the cosmic sea. Varaha then placed Bhudevi in her original position.

Varaha went back to Vaikuntha Lok and Jaya’s one life was over.

Varaha avatar depicts the arrival of land-based life forms on earth. After the aquatic and amphibious forms, big and powerful animals ruled the earth.

The story of this avatar as well is about taming the nature itself. Basically, it is about making the earth habitable for the land-based life forms.