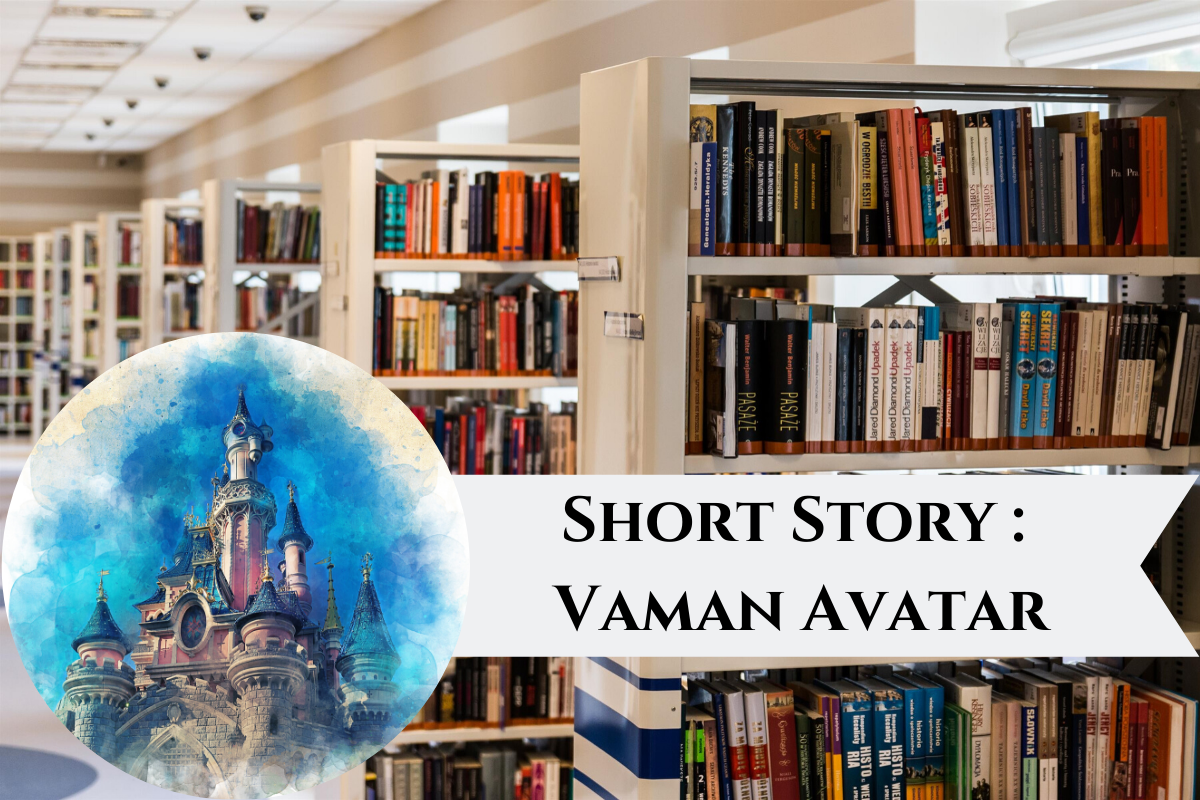 The story of Vaman Avatar is the story of Mahabali. Mahabali was the grandson of Prahlada and was a Vishnu devotee like his grandfather. He was an asura but he was a great king. He was kind to his subjects and respectful to his teachers and advisors. As a result, his kingdom flourished.

He saw how happy his subjects were and wanted to serve more people. He did extensive tapas for Brahma and when Brahma asked for a boon, he asked to be invincible and to be able to rule the entire world and serve as many as he could. Brahma was very happy with Mahabali and granted his wish.

When the news of his boon reached people all over, many kingdoms simply surrendered. Mahabali went on conquering the world and soon became ruler of the world. Next, he started his march towards Indralok. Deva’s king Indra got very scared by Mahabali. He along with other Devas left Indralok and went to Bhulok while Mahabali took charge of Indralok as well.

Mahabali had a teacher – the great saint Sukracharaya. Mahabali followed his teacher’s instructions and that proved to be very fruitful for him. Sukracharaya asked Mahabali to perform a huge yajna to gain more prosperity. Mahabali agreed and started the yajna.

All of his subjects were invited to participate in the yajna. Mahabali was also going to donate every day while the yajna would go on. This attracted people from all over. Mahabali would donate whatever was asked. He donated cows, land, gold and so much more.

With the yajna and the donations going on, his stature kept increasing in the world. Lord Vishnu decided to come and break his ego and test his devotion. Vishnu took the form of a short man namely Vaman. In that form, he went to Mahabali to ask for alms.

As soon as Sukracharaya saw Vaman, he knew that it was Lord Vishnu. He got worried as he knew that Lord Vishnu would not come to Mahabali in a disguise without a reason. He called Mahabali and asked him to be careful of promising anything to Vaman.

Mahabali appreciated the heads up but he said that he can not refuse anyone least of all Lord Vishnu himself. He said he was ready for any consequences.

When Vaman’s turn came Mahabali asked him what he wanted. Vaman said he wanted as much land as much he could cover in three steps. Mahabali knew it was Lord Vishnu and thus the wish would not be so simple. But he was a true devotee and eagerly granted the wish.

Mahabali had lost all of his kingdoms and had no more land to donate. He humbly lowered his head and asked Vaman to keep his third step on his head as he only had his body as his own now.

Seeing his devotion, Lord Vishnu was very happy. As Vaman he kept his third step on his head and pushed him down to Patal-Lok and made him king there.

Mahabali ruled in the Patal-Lok and made it a prosperous place for all the asuras. Indra and other Devas came back to the Devlok and Vaman went back to Vaikunthalok as Lord Vishnu.

Vaman avatar corresponds to the early stages of humans when the man was still evolving from apes. In this story, Lord Vishnu takes an avatar to fight a king and his growing ego. It was a time where even such a small ego was unheard of and thus Lord Vishnu decided to come. In Sat-yuga control of evil was negligible. As the stories move on to later yugas, we will see more and more evil acts by everyone involved.