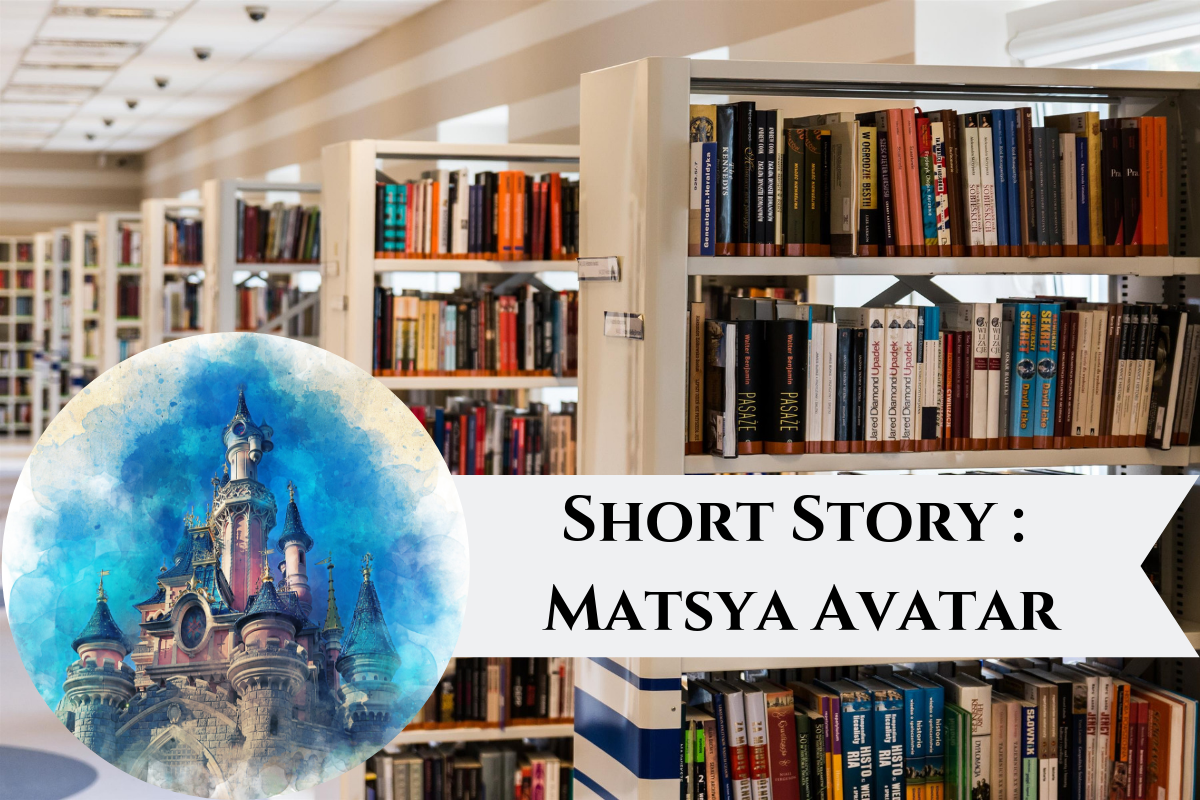 At the beginning of Sat-Yuga, king Manu ruled over his subjects with benevolence and kindness. One day he was bathing in the holy river and offering his daily prayers to Sun god when all of a sudden he heard a weak voice asking for his help. He looked around and found a tiny fish asking Manu to give it protection. The fish spoke and pleaded its case. It said “O great king, you are big and strong. But once upon a time, even you must have been small and helpless. You lived in a safe environment that gave you a chance to grow and reach your potential. I am a little fish in a big and scary river. The bigger fishes in the river cause me to fear my life every moment. How can I grow in such a hostile environment.”

Manu was deeply impacted by the fish’s plight or maybe he was just stunned by hearing a fish articulate so well. Whatever the reason may be, Manu made a promise to protect the fish. He named him Matsya and brought him back to his palace. In the palace, he found a bowl for Matsya and ordered his servants to take good care of the fish. Under such hospitality, the fish grew at an unprecedented speed. Soon the bowl, which was once huge for the fish, could no longer contain him. Manu then moved the fish to the palace pool. Within a few months, even the pool was no longer sufficient. Manu then ordered the construction of a new bigger pool for the fish.

When Matsya found out about Manu’s intention, he was touched beyond words. Matsya then told Manu that he is ready to go back to the river. By now Matsya was probably the biggest fish in the river and thus had no danger from other fishes. Manu had grown very attached to Matsya by then. He said that he would miss their daily conversations. Matsya too confessed about the attachment it felt towards the kind king and promised that they will still meet at the river at least once a month.

So, Matsya was set out free in the river and for several years they met every month. Matsya continued to grow and one day it informed Manu that it can no longer live in the river comfortably. It had to travel to the sea and explore the world. Manu supported this decision since he wanted what was best for his long-time companion. But Matsya did not miss Manu’s sadness due to impending seperation.

Matsya then disclosed a very disturbing fact to Manu. It told him that they would meet one more time. It told him that soon a flood is going to come and the sea levels were going to rise and engulf all the land, destroying all the life in the process. Matsya then told Manu to build a large boat and get ready for the day that happened.

Over the next several months, Manu focused all his energy on building a boat strong enough to survive rough waters. When the day came, Manu along with scholars and a variety of grains took shelter in the big boat. The water level kept on rising for what seemed like an eternity. Eventually, Matsya came and asked Manu to tie a rope around the boat and give him the other end. Matsya then dragged the boat towards the high mountains. When they reached dry land, Manu and his companions decided to settle there. Using the grains they managed to save, they started growing food again. Soon, other animals who also survived the flood found this dry land and Manu’s empire flourished again.

Matsya returned to the depths of the oceans and it is said that he is still growing there.

As per the legends, Matsya Avatar is the first avatar or incarnation. Whenever I think about the story, it appears to me that Matsya Avatar represents the origin of life from the water. As per the evolutionary theory, life began in the aquatic form before coming to land. Another aspect of this story is the need for protection particularly in the initial phase of life. If we compare it to modern human needs as well, the most basic need is food, shelter and safety from predators. Matsya told Manu very aptly that to reach its potential, it needed a safe growing space.

Interested in Dashavatara stories? Signup below to get updates …